Sign Up For Email Updates
Receive La Mirada updates delivered to your inbox.

During Tuesday’s Council meeting, the La Mirada City Council presented Biola Campus Safety Sergeant Jose Alvarez with the Community Spotlight Award for the heroic actions he took to save a life.

On December 13, 2017, Sergeant Alvarez was patrolling the fifth level of a parking structure at Biola University when he observed a woman sitting on the edge of the wall. Sergeant Alvarez quickly and carefully made contact, and it soon became apparent that the woman intended to end her life by jumping off the structure.

Sergeant Alvarez exited his patrol vehicle and was able to stop the woman from jumping by grabbing her and pulling her to safety. In the process of pulling the woman back from the ledge and saving her life, he sustained injuries requiring treatment at the hospital.

For these heroic actions, Sergeant Jose Alvarez was named the recipient of the international Award for Valor given by the Association of Campus Law Enforcement administrators. He was commended for his extraordinary judgement.

In addition, in 2016, Sergeant Alvarez was one of three responding officers whose life-saving heroics saved the life of a student who had suffered a heart attack.

The Community Spotlight Award recognizes exceptional individuals who, through their actions, bring credit to themselves and the City of La Mirada. 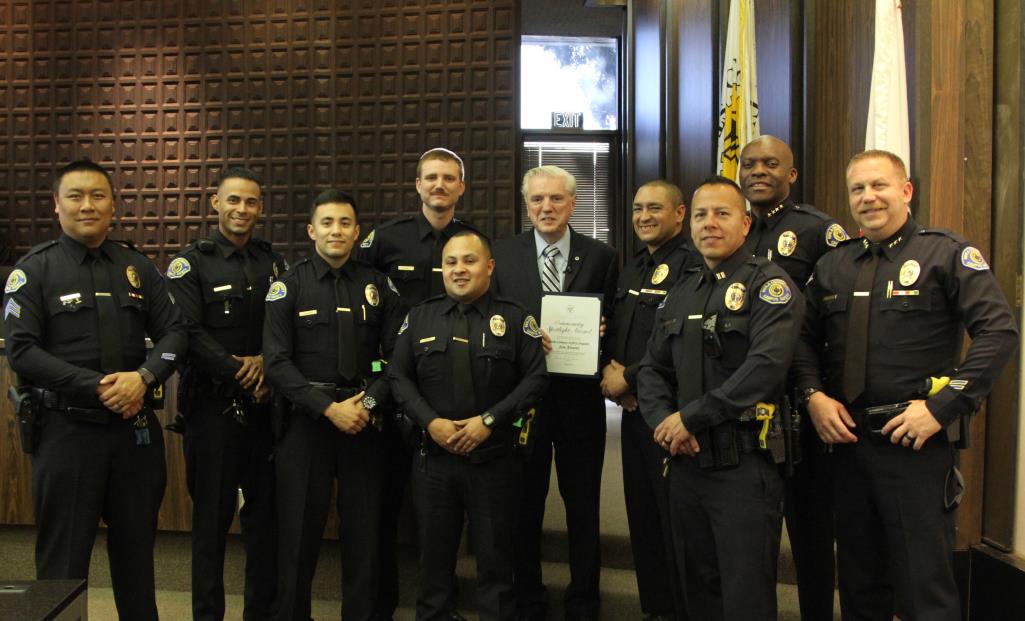