The City of La Mirada modified its elections to a by-district system, where voters in a given district vote for one person to represent them.  The total number of representatives on the City Council remains at five.

The City Council conducted public hearings to set district boundaries at its regular meetings on October 11 and 25, and on November 8, 2016.  Additionally, a public workshop on districting was held on October 20, 2016 to provide information on districting to the community. 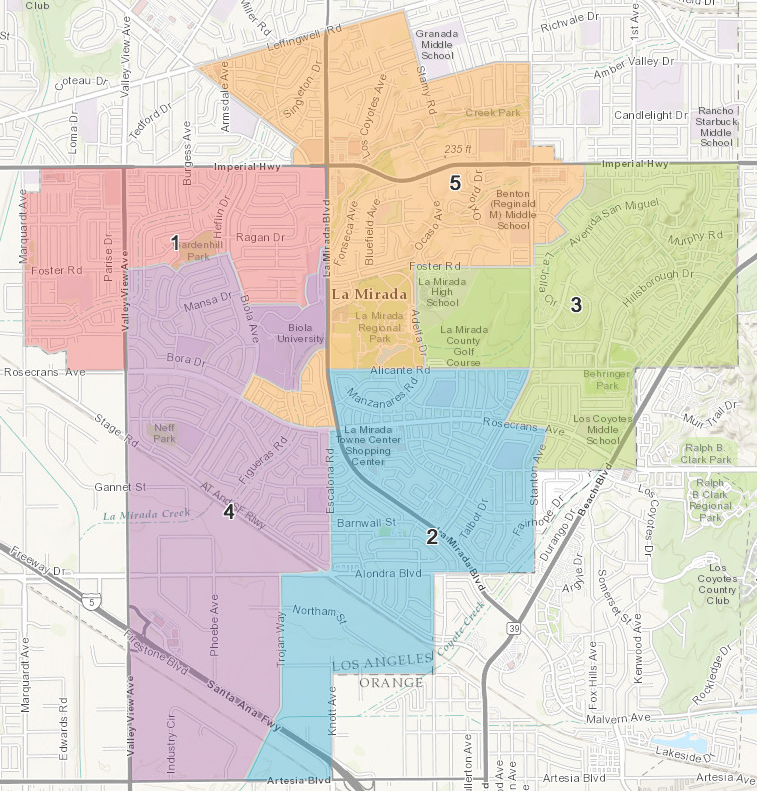 Free viewers are required for some of the attached documents.
They can be downloaded by clicking on the icons below.