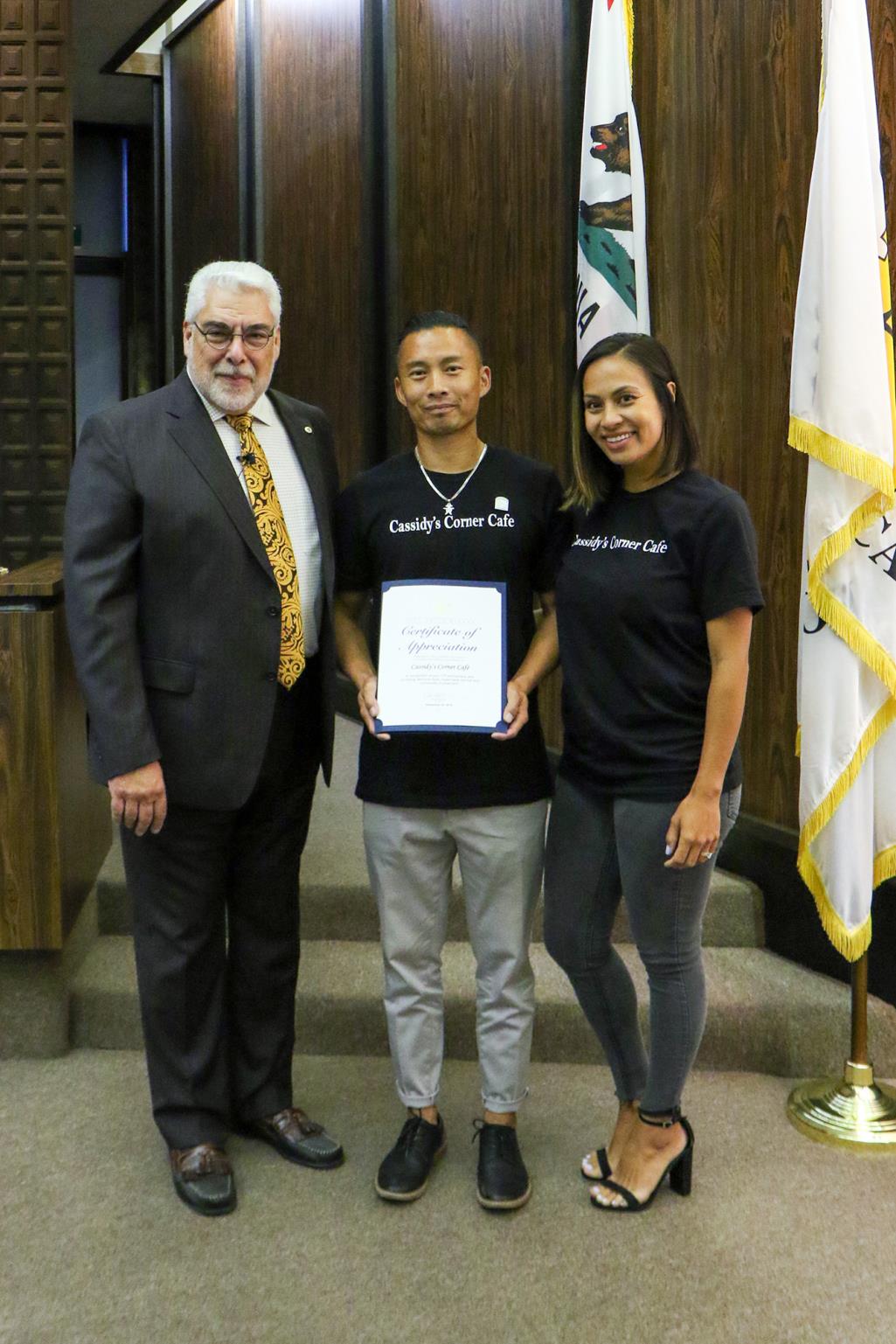 The La Mirada City Council recognized Cassidy’s Corner Café/Bonjour Bagel for its 15th anniversary at the September 24 meeting. Cassidy’s Corner Café opened its first location in 2004 in the City of La Mirada, and has since opened two other locations in Los Angeles and Orange County. The family-owned café is known in the community for providing fresh and delicious bagels and for offering friendly service.

An important part of the business operations for owner Joe Ung, has been giving back to the community he does business in.  City officials thanked Mr. Ung for his commitment to La Mirada over the past 15 years and congratulated him on the anniversary.

The City of La Mirada recognizes businesses celebrating milestones through the Business Recognition Program. Businesses are recognized for anniversary milestones, significant community involvement, and special achievements unique to their industry.

Businesses are encouraged to notify the City of their achievements or anniversaries by calling the Economic Development Team at (562) 943-0131.