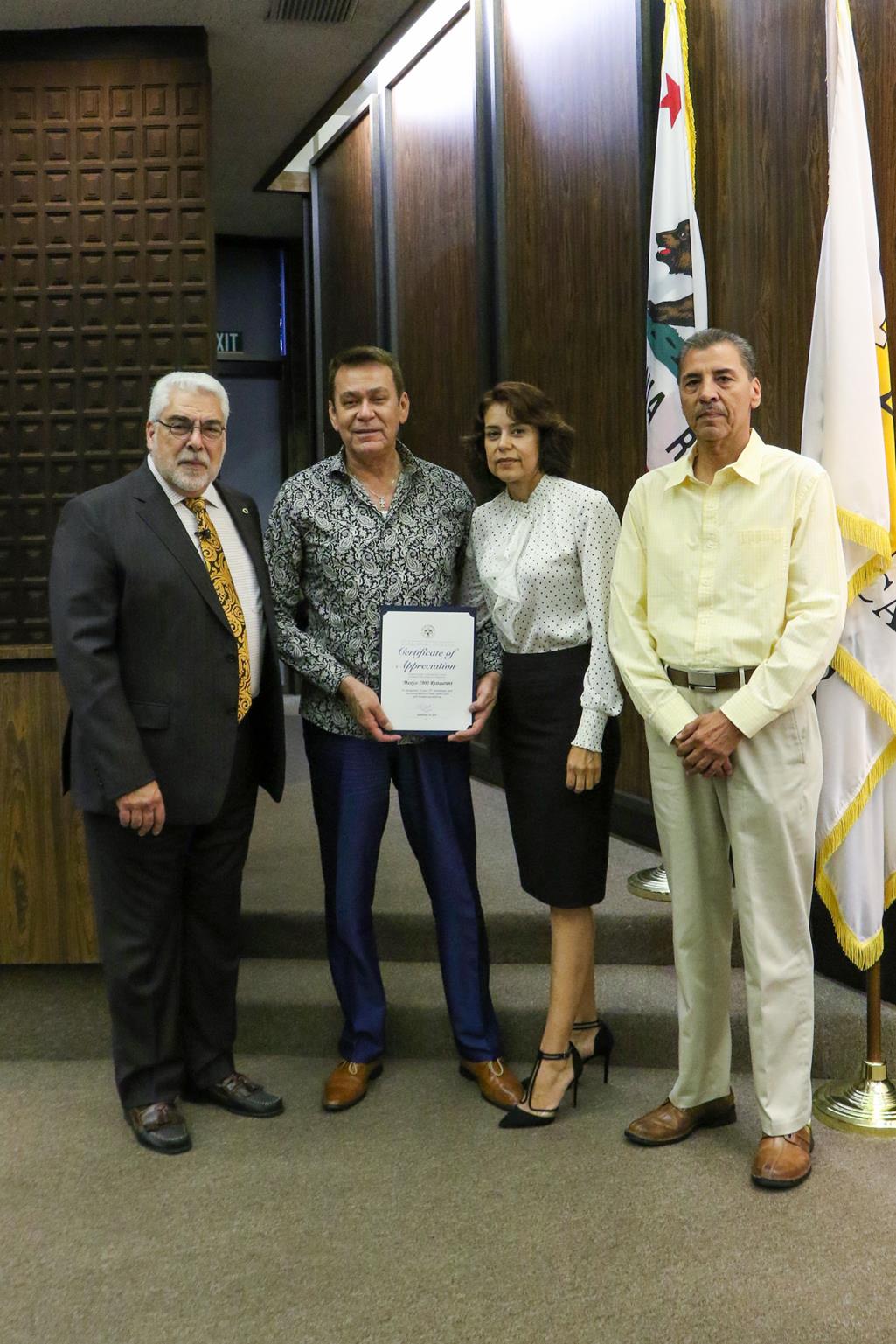 The La Mirada City Council recognized Mexico 1900 for its 15th anniversary at the September 24 meeting. Mexico 1900 has provided delicious authentic Mexican cuisine in the city since it first opened its location at 11531 La Mirada Boulevard. Over the years, the restaurant has become a favorite destination for dining for La Mirada residents.

City officials congratulated restaurant owner Rodolfo Sanchez for the milestone celebration and thanked him for his support of the La Mirada Theatre for the Performing Arts as a sponsor.

The City of La Mirada recognizes businesses celebrating milestones through the Business Recognition Program. Businesses are recognized for anniversary milestones, significant community involvement, and special achievements unique to their industry.

Businesses are encouraged to notify the City of their achievements or anniversaries by calling the Economic Development Team at (562) 943-0131.