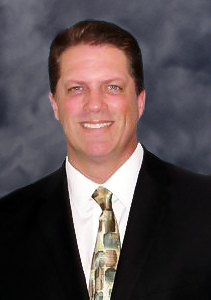 Mayor John Lewis was elected to the La Mirada City Council on March 7, 2017. He is the managing partner at the Law Office of Lewis & Lewis, APC. He is also the managing broker of Lewis Realty located in La Mirada.
Mayor Lewis was a member of the La Mirada Planning Commission from 2012-2017 and served as chairman from 2014-2015. He also served as vice-chairman of the La Mirada Charter City Commission and is a member of the La Mirada Mayor’s Prayer Breakfast Committee. Mayor Lewis is also a member of the Rotary Club of La Mirada and La Mirada Chamber of Commerce.
Mayor Lewis earned his Juris Doctorate of Law in 2000 from Whittier College School of Law, a Bachelor of Science Degree in Organizational Management from Biola University, an Associate in Arts Degree from Cerritos College in Administration of Justice in 1996, and Associate in Arts Degree from Golden West College in Business Administration in 1989. Mayor Lewis is a member of the United States Supreme Court Bar, the California State Bar, the Florida State Bar, the United States District Court, Central District of California, and the United States Court of Appeals, 9th Circuit.
He has been a resident of La Mirada since 1990. He and his wife, Alitza, have one son, Zurich.
To contact the Mayor, please call (562) 943-0131 or email jlewis@cityoflamirada.org. 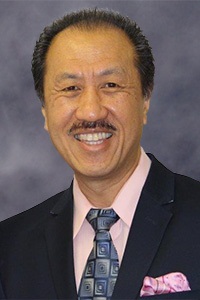 Mayor Pro Tem Ed Eng was elected to the La Mirada City Council on March 3, 2015, reelected on March 3, 2020, and served as Mayor in 2017-18.  Mayor Pro Tem Eng is currently a government executive and certified management consultant.  Previously, he was a vice president of a Fortune 100 company, and also spent 15 years in the utility industry in various senior managerial capacities.  Additionally, he was a board member for a Fortune 100 company as well as for several startups.

Mayor Pro Tem Eng served on the City's Community Services Commission from 2011 to 2015, and was Chairman from August 2014 until his election to the City Council. He has also served as President of the Matador Scholar Academy Booster Club at La Mirada High School, President of  La Mirada High School's Boys Basketball Booster Club, and Board Member and Coach for National Junior Basketball.

Mayor Pro Tem Eng has been a resident of La Mirada since 1990. His wife Cathy is a tenured teacher in the ABC Unified School District.  They have one son, Brandon, who graduated with a degree in Political Science from UC Berkeley.